The ancient world will burn

A storm is coming. A storm that hardened for a long time, swollen to hurricane strength after years of breathing. Founded in 2006, ASENBLUT have been using the last few years to steel themselves, to ripen slowly, to become, piece by piece, the thundering metal armada that is now being drawn into the all-decisive battle. These are dark times. The Fenriswolf howls, the Asen call for the last battle, Ragnarok approaches. It’s time to unleash BERSERKR in us – and ASENBLUT know exactly what it means.

She is back ten years, the founding of ASENBLUT. Much has happened in the army camp of the Göttingen, since they made in 2009 with their debut AUFBRUCH first riot in the domestic Pagan Metal scene. Already in the early days, far more than just another meteoric run, with runes throwing around pathos foolishness, ASENBLUT were from the beginning black metal, thrash, melodic death metal and traditional heavy metal saber rattling welcome in their melodic-clanging sound , According to VON WORTEN UND TATEN (2013) on the third album BERSERKER this development reaches a completely new level. For a name like this but of course no wonder. “The music for the title song gave the inspiration for the lyrics and titles,” reveals head of the clan and band founder Tetzel. “The speed, the heroic power and energy of the song immediately led to images in mind, which were followed by words that reflect this power and frenzy.”

Power and rage, better you could not put into words the unleashed storm on BERSERKER. Like the mythical warriors of Norse mythology, who were caught in a dreaded state of intoxication so as not to feel pain in the battle, the album title is simply the ideal metaphor of this pagan thunder. You can hear Tetzel (vocals), Claus Cleinkrieg (guitar), Yuri (guitar), Deimos (bass) and Balrogh (drums) all worshiping bands like Iron Maiden, Amon Amarth or sometimes Immortal; What comes out in the end, after ten years of band experience, has long since become something utterly original. “We remain true to all areas,” says singer Tetzel. “However, we have developed further and have indulged in being a little less tricky in the songs than last. For that, “he adds,” the tempo is higher and it has become much more melodic. “

In fact, BERSERKER sounds soothing like a Viking Metal album through the classic eighties metal goggles. A balancing act that is nothing less than an ingenious device and fans of Blind Guardian on Amon Amarth to Equilibrium will inspire – without much frills and poured into a massive sound robe. There is no stranger responsible for this: For eternity recorded in the Greenman Studio by Sebastian Levermann (Orden Ogan), the “producer of the hour” (Manfred Thanner / RockIt), BERSERKER sounds more powerful than the last testimonies of the Göttinger, on the other hand leaves some most welcome Corners and edges in the sound too. This leads to a superior, but at the same time rugged, earthy sound, the legitimate counterpart to the throaty battle cry of the eponymous warbeast.

As serious ASENBLUT take the confrontation with the Norse mythology also: For a long time it is only one building block in the conceptual cosmos of the rising gang. “Especially in the early years, I studied the mythology and carefully studied the source material,” says the fronter, clarifying: “We do, however, make music that should entertain. Even ourselves. “Instead of letting the odin-true professional vikings hang out, ASENBLUT search for BERSERKER according to the current level of meaning of the old texts, spew many other myths and allow many other influences in addition to their own thoughts. Tetzel provides a rough overview: “Literature by Patrick Rothfuss or H.P. Lovecraft, the radio plays “Revelation23” and “Gabriel Burns”, video games like “Dark Souls” and “Heroes of the Storm” as well as the daily fight with oneself and the resistances of the everyday life. “

On topics like these, a wild metal hunt is guaranteed. Epic trotting, furious galloping, victorious pounding and elegiac striding, ASENBLUT present themselves in 2016. A self-confident metal power that brings the insignia of the local Pagan Metal to new heights with this thunderstorm. According to concisely and clearly Teztels statement then, where the journey should go. “Forward!” He says emphatically. You could not really summarize it better. 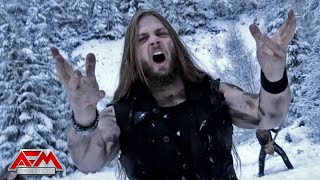 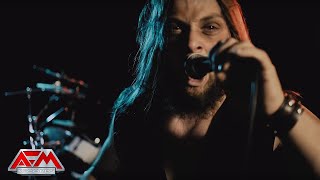 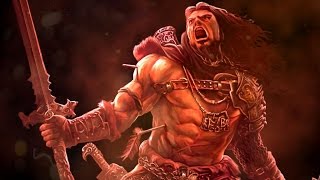 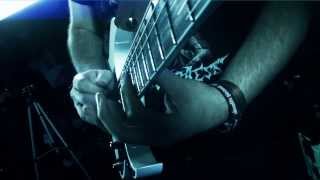